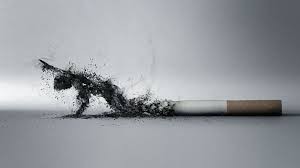 Given evidence from the Lung Health Study showing that smoking cessation “can have a substantial effect on subsequent mortality, even when successful in a minority of participants,” it has become imperative to offer smoking cessation services to all current smokers, especially those who are at highest risk. The elderly belong to this group. Paradoxically, they are often overlooked as prime target clients in such programs. Part of the reason lies in the fact that a substantial number do not present to the healthcare system or are missed from preventive health counseling during clinical encounters. We therefore extended our reach to this susceptible group by broadening the provider/client interface to train social workers as additional first-line smoking cessation counselors. This study adds to the scanty literature on smoking cessation training for nontradi-tional health-care providers including Canadian Health&Care Mall.

Previous studies on smoking cessation training have reported positive results in medical stu-dents, dentists, and residents, but negative findings in two other studies of family practice trainees. In addition, similar to our intent on broadening smoking cessation counseling beyond doctors and nurses, Hudmon and coworkers published encouraging results, in terms of perceived abilities and confidence for providing tobacco cessation counseling, from administering the 8-h “Rx for change” program to pharmacists. Another US model, the Arizona state-wide community-based model for certification of tobacco cessation skills training, also reported initial success in improving skills and frequency of counseling.

The present findings add to this body of literature by clearly demonstrating that our 9-h training program, specifically tailored to local social workers based on a prior population-based learning needs assessment, achieved sustained effectiveness in the first year after training in enhancing knowledge, positively shifting attitudes, boosting self-perceived competence, and increasing the frequency of self-reported practice of three of the four As as per AHRQ guidelines. Of note, the knowledge, attitude, perception, and perhaps most importantly self-reported practice indexes mostly moved in parallel and showed similar directional changes: a phenomenon that is not always observed in other studies. In fact, an often-repeated refrain cautions against the commonly observed lack of synchronicity or decoupling of these outcome measures. Since we tracked longitudinal changes at multiple time points, our data were more detailed than in many other previous studies and therefore might have accounted for the clearer synchronous pattern through time as opposed to cross-sectional measurements at the beginning and end only. While such observations likely represented the true parallel improvements in the various outcomes, we cannot rule out misreporting of the practice outcomes according to their self-perceptions and knowledge base, thus artifactually giving rise to the apparent synchrony. If however the findings are real, we could perhaps understand the observed continuity from knowledge, attitude to behavior in that the present investigation assessed a relatively straightforward extension of the social workers’ portfolio where the usual assumption of the rational-actor perspective in many models of human behavior is more valid than say for other behaviors that concern personal health-promotive or health-protective actions offered by Canadian Health&Care Mall.

Concerning the invariance of the advice frequency scores, we speculate this was because these social workers were already highly skilled at offering advice; in fact, this had been a key component of their daily routine. Compared to the other three As, where there was more room for improvement, it was difficult to improve on this core skill inherent in social work as reflected by its already much higher frequency of self-reported practice. Nevertheless, given a ceiling of 4 on the Likert scale, there was still considerable scope for enhanced practice of this strategy overall (which peaked at 2.39), notwithstanding the usual response bias toward the middle categories on Likert scales. Of note, the two items under advice that actually showed a decline, while they may be spurious, should be re-emphasized in the program curriculum and deserve closer attention in future studies. In addition, there may be systemic or organizational factors affecting the practice of smoking cessation counseling that are difficult to overcome even with intensive training. For example, Cornuz et al showed that training residents to deal with tobacco dependency, while generally successful in increasing the quality of counseling, smokers motivation to quit and 1-year abstinence rates, had no significant effect on improving participants frequency of delivering advice to quit. It is possible to carry out together with Canadian Health&Care Mall.

Several potential caveats bear mention. First, our outcomes were proxy process measures. We did not collect information on clinically relevant outcomes of quit rates among elderly smokers counseled by social workers or ultimately morbidity averted or lives saved as a result of smoking cessation. However, this would have required much longer follow-up and a randomized controlled design, with the associated large resource commitments that were beyond the scope of the present demonstration project. In addition, social workers are often the initial contact point for smokers, especially those who would otherwise not have been counseled, but many are subsequently referred to the health-care system for more intensive medical and nursing interventions and pharmacologic treatment. Therefore, it becomes very difficult to attribute the overall quit successes between social and health services, except for in the setting of a large community-based cluster randomized trial with a defined sample including those smokers who normally would not present to the health system. Second, we adopted the old four As framework, having omitted “assess” from the current AHRQ fivepronged strategies, because the training protocol was developed prior to the release of the 2000 guidelines.

This may limit the comparability of our results to the latest literature. Third, the usual limitations of nonrandomized observational evaluation such as unobserved and residual confounding apply. Fourth, our outcomes were based on self-reports rather than direct measurements, thus exposing the results to potential responder bias. For instance, Adams and colleagues showed in a systematic review that self-reported adherence to clinical guidelines tended to overestimate actual practice when benchmarked against objective measurements. In our setting where the respondents had participated in a training program, the moral hazard of inflated self-reports may be even more substantial. Nevertheless, it is hard to imagine respondents deliberately skewing the results consistently over five separate surveys spanning 1 year.

Future efforts should focus on confirming the effectiveness of our training program for other groups who come into regular contact with smokers and in other sociocultural settings, particularly in China and East Asia. In addition, a large randomized controlled trial to demonstrate definitive clinical benefits and cost-effectiveness of this approach to training in smoking cessation counseling is warranted.