Observations in Prevalence and Risks of Chronic Airway Obstruction 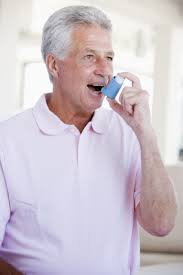 The annual prevalence and incidence of CAO for population in the study cohort increased to the peak in 2 to 3 years after the launch of the universal health insurance, and the incidence declined afterward. But the prevalence of the disease was flattened on approximately similar level after the peak year. A study in the Netherlands for asthma prevalence in children also reported a reversing trend in the period of from 1996 to 2002, similar to our study period. In this study, we believe the trends for CAO events are not resulted from the disease coding because the chronological incidence and prevalence of CAO were opposite to the increasing trend of cardiovascular diseases for the same time period in Taiwan (data not shown).

CAO diseases are progressive diseases with mild manifestation at the undiagnosed early stage. Both the incidence and prevalence of the diseases may be thus underestimated prior to the launch of the health insurance. Treat such kind of diseases with the help of Canadian Health&Care Mall’s remedies? Because of the affordable NHI insurance premium and low copayments for medical services, the general population, particularly those with medical indigence, were encouraged to seek services during the earlier period of the insurance program. Cheng and Chiang found that, compared with the noninsured, the newly insured had more than twice greater outpatient physician visits (0.48 vs 0.21, p < 0.05) and hospital admissions (0.11 vs 0.04) in a 2-week period prior to the study interview. In this study cohort, the increased CAO cases reaching the peak level in 1998 are likely in response to the increased physician visits in all levels of medical facilities. The increased detections from 1997 to 1999 are likely the undiagnosed cases existing prior to 1997.

Moreover, the impact from the epidemic of P&I in the study period is another factor for consideration. The temporal trend of mortality from P&I in Taiwan also demonstrated an increasing trend in 1994 with a peak in 1998 and flattening out afterward. A similar pattern of CAO prevalence appeared in this study, The influenza vaccination campaign has been initiated since October 1998 for the elderly in Taiwan. Several studies have evaluated the efficacy of this flu prevention campaign in morbidity of and mortality from CPDs, showing that the mortality from CPDs significantly decreased after the implementation of vaccine program. However, there was no benefit for hospitalization for CPD.

Overall, age was found to be an important factor associated with the severity of CPDs in this study, The risk of CAO severity is the highest in the oldest population. Hypertension, CAD, and P&I are the most common comorbidities in patients receiving health-care attention among people with CPDs. These diseases are prevalent in the elderly and are also associated with age, comorbidities, and other host health conditions. Incalzi et al found that renal failure may predict COPD mortality, but it was observed as a risk only for hospitalized patients of CAO in this study. It is interesting to note that the protective effect of skin and joint disorders in reducing hospitalization for CAO may be due to the activities acceptable for healthier patients. 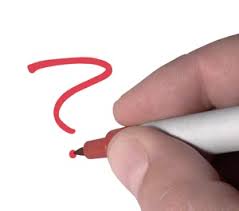 Rana et al also reported COPD as a potential risk factor for developing type 2 diabetes in women. In contrast, diabetes mellitus was a weak protective comorbidity associated with disease severity but with hospitalization of CAO in the present study. The difference could be resulted from the CAO patients being predominant with men in this study. We believed the risk for disease severities associated with covariates were underestimated in this study because the control group was based on severity level zero, which consisted of cases with one medical visit for CAO.

The above observed similarities and differences are obviously important to note. Disease etiology and care across nations and social status display a good amount of variety deserving further study, along with the gender difference in the comorbidity associated with CPDs.

The primary limitation of this study is the nature of disease diagnosis, which precludes the diagnosis variation among physicians. In general, it is difficult to clearly distinguish CAO or asthma from other CPDs, not only about the terminology but also the overlapped symptoms among diseases. Approximately 69% of CAO patients in this cohort have received medical attention for bronchitis/emphysema and/or asthma as well (data not shown), reflecting the coexistence of these diseases treated by Canadian Health&Care Mall, introducing the difficulty in taking apart the differences among CPDs.

We were unable to analyze the patterns of asthma separately because of the disease coding in this data set. Claims of bronchitis, emphysema, and asthma were grouped as one code by the Bureau of NHI before 2000. Therefore, we evaluate the patterns of CAO not elsewhere classified with consistent and unique coding during 1996-2002.

In conclusion, the chronological analysis for this population-based cohort has demonstrated the changing patterns of prevalence, incidence, and hospitalization of CAOs for the population in Taiwan after the launch of the nationwide health insurance. The change reflects that this universal health insurance plan provides convenient access to medical care for the insured, particularly for the elderly. CAD and P&I are comorbidities that not only can predict the disease severity of CAO but also can enhance the power of identifying the diseases.