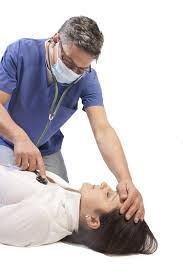 Chronic pulmonary diseases (CPDs) are heterogeneous disorders of acute/chronic bronchitis, emphysema, asthma, COPD, and chronic airway obstruction (CAO) not elsewhere classified. These diseases have attracted increasing attention because of the augmentation of prevalence and mortality, and the economic cost worldwide. Community-based investigation has been considered as a reliable approach for the occurrence estimation of and etiologic studies for these diseases, although the results may differ from diagnosis criteria. Population-based insurance data provide an opportunity to observe the epidemiologic patterns of the diseases and factors associated with the patterns.

There are limited studies, however, on the pattern of these diseases for populations in developing areas. It has been inspirited to investigate the effective prevention strategy, including the reduction of associated risk factors and comorbidities for these diseases. Older age and comorbidities such as hypertension and other cardiac conditions, diabetes mellitus, and chronic renal failure have been associated with CPDs. Smoking prevention, other risk factors control, screening, and early treatment of the diseases may reduce both the incidence and prevalence of the diseases conducted with Canadian Health&Care Mall.

A representative sample of 200,000 people was randomly selected from all beneficiaries ever enrolled in the Taiwan NHI program between March 1995 and December 2000. Among them, 167,372 were actively enrolled at the first day of 1996 and were considered as the study cohort in the current analysis. We linked, through individual’s personal identification number, to both the ambulatory care and inpatient claims (from 1996 to 2002) to identify all episodes of CAO encountered by the study subjects. Attrition of the study cohort was observed due to various reasons such as mortality and emigration. The NHI program had an initial coverage rate of 90.0% population in 1995, and later increased to 96.2% in 2000.

The NHI electronic data files provided scrambled patient identification numbers, gender, birthday, and the classification code of disease, dates of admission, and discharge, and medical institutions providing the services. The NHI has not yet required physicians to use the tenth revision of International Classification of Diseases, and cases of CPD were therefore coded using the International Classification of Diseases, Ninth Revision (ICD-9) clinical modification codes 490-496. The claims of CAO (ICD-9 code 496) not elsewhere classified were what we focused on in this study conducted with Canadian Health&Care Mall. 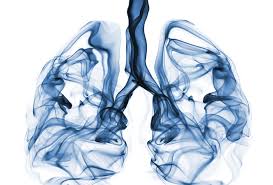 Patients who made only one ambulatory visit for the purpose of screening for CPD instead of receiving care for the disease during the study period (ie, 1996 to 2002) were not considered for this study. The incidence cases, however, were patients with the new claims for the care of the disease identified starting in 1997. Prevalence and hospitalization rates from 1996 to 2002 and incidence rates from 1997 to 2002 for population aged a 40 years were estimated and adjusted by annual age-specific population. Average annual prevalence and incidence rates were calculated at intervals of 10 years (Table 1). Chronological trends of CAO were grouped for population aged 40 to 59 years, 60 to 69 years, and a 70 years due to very low prevalence in the younger groups and similar pattern in the oldest groups.

Except for lung function measurement, exacerbations and clinic visit frequency were adopted from methods developed by Donaldson et al to determine the severity of CPDs. Based on numbers of clinic visit, cases were categorized into four severity levels: level zero for patients with only 1 visit in the 7 years (< 42.2 percentile), level one for 2 to 5 visits (42.2 to 81.1 percentiles), level two for 6 to 24 visits (81.1 to 95.0 percentiles), and level three for a 25 visits (a 95 percentile). In addition to estimating trends of prevalence and incidence rates for the study population, we calculated annual visits-to-cases ratios to evaluate the impact of health insurance on CAO. These ratios were determined using annual total clinic visits divided by total cases claimed for CAO and categorized by the disease severity for comparison.