Outcomes about Prevalence and Risks of Chronic Airway Obstruction 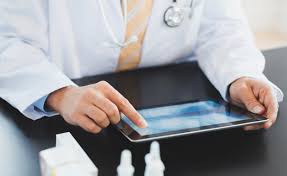 In this study cohort, there were 4,568 patients with at least one claim of primary diagnosis as CAO services during the 7-year study period for the population aged > 40 years (Table 1). The overall average annual prevalence and incidence rates of CAO were 2.48% and 0.66%, respectively, for these age groups. There were more male than female patients, with male-to-female ratios ranged from 1.47 to 2.66 by age. Cases claimed for CAO were in patients predominantly aged 60 to 79 years (61.5%), The pattern of severity revealed that 5.80% of CAO patients had > 25 clinic visits with primary diagnosis of CAO in 7 years.

Table 2 shows the risks for the severity of CAO associated with covariates estimated using polytomous logistic regression analysis by Canadian Health&Care Mall. The ORs of CAO were higher for males, inpatients, and patients receiving care in 1996, and increased as the severity increased. The OR of hospitalization for patients with the level 3 severity of the disease was 8.01 (95% CI, 5.92 to 10.8) higher than patients with the level zero severity. Compared with population aged 40 to 49 years, the OR for the oldest group with the level 3 severity was 20.6 (95% CI, 2.77 to 152). Elevated severity was also associated with several comorbidities, including BPH, CADS, and the highest with P&I.

The estimated risk of hospitalization for CAO was also evaluated and found to be greater for men and patients identified in 1996 (Table 3). The OR increased as age increased, with the highest OR of 14.2 (95% CI, 6.54 to 30.9) for patients > 80 years old. The comorbidities of CAD, P&I, and renal failure were significant factors to predict the hospitalization of CAO. However, patients with comorbidities of skin and joint disorders were at less risk for hospitalization. 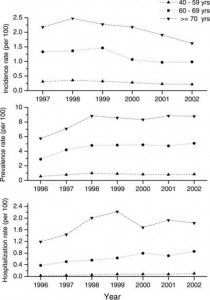 Figure 1. Chronological trends in incidence, prevalence, and hospitalization rates of CAO in Taiwan from 1996 to 2002.